Agriport A7 is located in the northern part of North Holland. Originally an area almost wholly devoted to greenhouse horticulture, more and more large data centres and high tech companies are now establishing themselves here. To provide greater connectivity for these companies, Dark Fibre supplier Relined Fiber Network will redundantly connect the business park to its network. 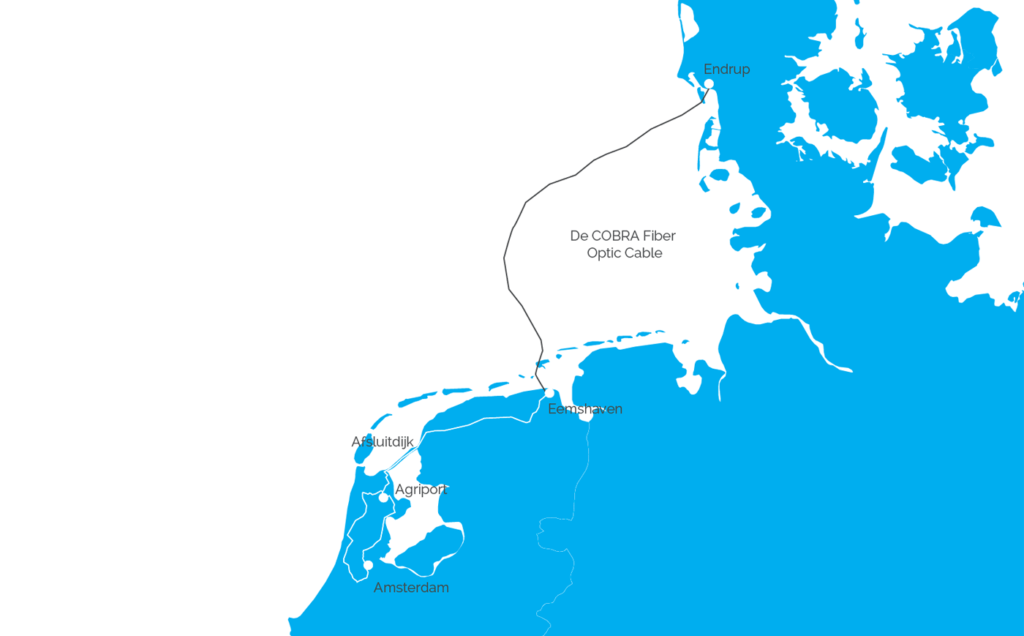 Agriport and data centres A

griport A7 is situated directly next to the A7 motorway near Middenmeer and is just 30 minutes away from Amsterdam by car. The business climate in this region is extremely favourable, especially for data centres. Several high and medium voltage power supply lines run underground to Agriport.

Thanks to the availability of a wind power capacity of no less than 450 MW, data centres can easily meet environmental objectives. The neighbouring greenhouses also contribute to a sustainable power ecosystem. Power that is not consumed by the greenhouses can be used by the data centres.

These data centres supply heat to the greenhouses in return. As a result, energy costs are attractively low.

“The arrival of many large international technology companies in Agriport has led to increasing demand for connectivity. We would like to meet this demand. The growth that we see in this region justifies the investment required to extend our network,” says Jan Willem Tom, General Manager Relined Fiber Network.

The network infrastructure will be extended by a further nine kilometres in order to connect Agriport redundantly to Relined’s network. This new network infrastructure will allow Relined to deliver completely separate routes between Agriport and Amsterdam. Relined only supplies Dark Fibre connections, which means that customers have full control of their network and can scale up at will.

This new route is also a welcome addition to the existing route from Amsterdam to Eemshaven, via the Afsluitdijk. The COBRA Fiber Optic Cable project, which involves laying an submarine cable between the Netherlands and Denmark, is in full swing and will be completed in the third quarter of this year. Following completion, the data communication cable will also be made available commercially in the form of Dark Fibre. So the company will be able to offer a unique route between the Netherlands and Scandinavia.